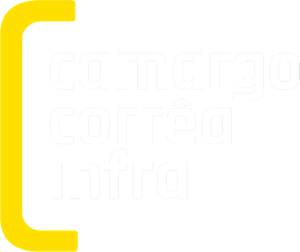 80 years of projects and works support Camargo Corrêa Infra
as synonym of excellence in engineering, innovation and transparency.transparência.

Our company was created in 1939, small but determined to grow based on excellence, innovation and integration of those involved in the challenge of transforming the Brazilian Infrastructure. Learn our background.

Brazilian leader in the constructions of hydroelectric plants , the company was part of four of the five biggest plants in the world: Itaipú (Brazil-Paraguay), Belo Monte and  Tucuruí (Brazil) and Guri (Venezuela). In total, 35 hydroelectric plants , four transmission lines , seven thermoelectric and a nuclear plant , totaling 68.750 MW power installed.

In road infrastructure, the company  signs important and complex projects in different areas . Among some of them, Bridge Río-Niterói, airports Guarulhos, Brasilia  and Manaus, Castelo Branco highways, Imigrantes and  Rodoanel. Metro of Sao Paulo and  Bridge of Rio Negro, the largest suspending structure in Brazil, is also on the list. The company also stands out in the constructions of railways and ports, adding excellence to the mechanisms that help the exportation of Brazilian production. In absolute numbers, 2600 km are roads , 1172 km railways and 160 km metro lines in the country.

With expertise in the implementation of important refineries and gas pipelines , the company takes part in all the business chain. In our portfolio there are four refineries , an oil platform,

Gas Pipeline Bolivia-Brazil, with 521 km length, Ethanolduct, in Sao Paulo, 350 km long and other Works of logistic relevance for Brazil.

The company takes part in metallurgy works, base and mining industry and uses an exclusive engineering model, all this with Procurement e Constructor (EPC), in the contract with its clients , through which assumes all the responsibility for the stages in the projects. The firm has carried out projects in metallurgy and mining , with more than 3000 pipelines and base industries in Brazil and abroad . We also built three .steelmaking centrals , eight units of mining process and factory units in other segments

Along eight decades with international recognition, the company has built 10 stations of sewage treatment and other six for water treatment, improving the population life quality. Currently, Camargo Corrêa Infra is executing sanitation works in Billings,  Sao Bernardo do Campo,  Sao Paulo state, the most populated metropolitan area in South America.

Check out the
presentation
for more
details

Get acquainted with the new way a transparent company relates with its clients, suppliers and society. Read all our public contracts and financial reports.
ACCEDE TO OUR REPORTS

Did you know that in 1939 Sebastiao Camargo, founder de Camargo Corrêa, set up the business by carrying materials in a wooden cart? Today we are innovation.
LEARN OUR HISTORY
Menu
Menu
Menu
Menu